Atlas Medstaff is currently seeking candidates in the Registered Nurse (Operating Room) profession for a 13 week contract in the New York, NY area. Atlas Medstaff is a premier staffing firm dedicated to matching outstanding talent with exceptional opportunities. Our commitment to excellence and our consultative approach has helped us become a premier leader in the staffing industry.

Arguably the most famous city in the world, New York City is unlike any other. Almost every culture on the planet is represented here, with over 800 languages spoken across the 5 boroughs. World-famous attractions such as the Empire State Building, Rockefeller Center, Central Park and Times Square are great stops before taking in the world’s best performers at a Broadway show. Wall Street, in Lower Manhattan, is home to the New York Stock Exchange and known as the financial capital of the world. The Big Apple is also home to some of the most famous restaurants worldwide, such as Carmine’s Italian Restaurant and Katz’s Delicatessen. However, most New Yorkers prefer their corner diner or a slice of New York pizza. There truly is something for everyone in “the city that never sleeps.”

Vivian rates working as a Travel Operating Room Nurse in New York, NY as a 62 out of 100. 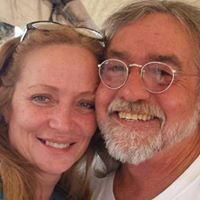